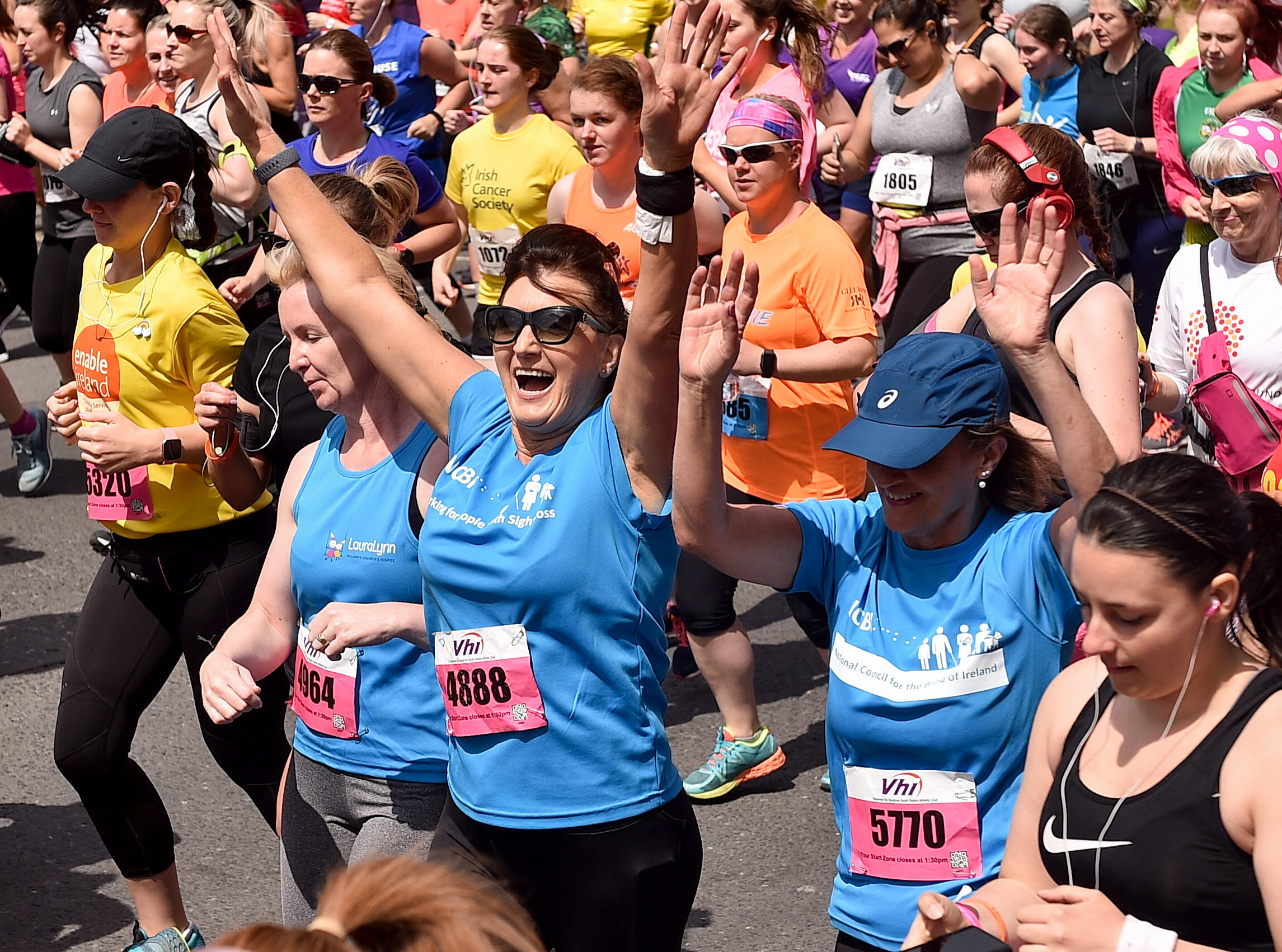 The Vhi Women’s Mini Marathon, an annual 10k charity road race, occurs each June bank holiday weekend in Dublin and is the largest Women’s event of its kind in the world.

In 1983, the inaugural event had 9,000 women entering and the event reached a record attendance in 2014 with 41,006 women taking part. The event has grown in popularity as women have taken more interest in their own health and fitness. A staggering 1.06 million women have entered the event over its 37 years.

Hundreds of charities are also big winners. The women decide themselves which charity they will support and many local causes gain vital funds from the event. It is now the largest one day charity event in the country.