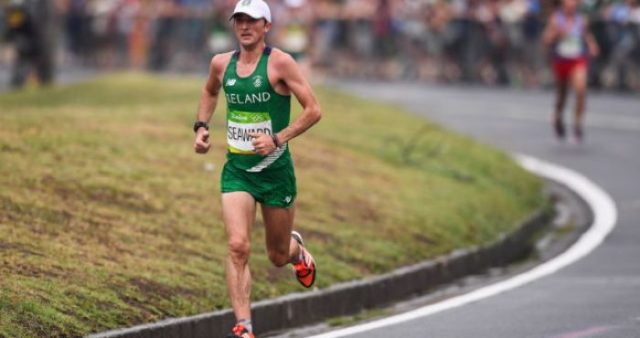 35-year-old from Belfast runs the fastest marathon by an Irishman since 2002 which moves him to joint tenth on the all-time Irish list.

Seaward completed the Berlin Marathon in 2:13.39 which may have gone under the radar considering it is the fastest Irishman over the distance since Mark Caroll ran 2:10.54 just shy of John Treacy’s national record at the New York Marathon in November 2002.

Still a considerable time behind Kenenisa Bekele who completed the run in two hours, one minute and 41 seconds, claiming first prize but missing out on a €50,000 bonus by two seconds. 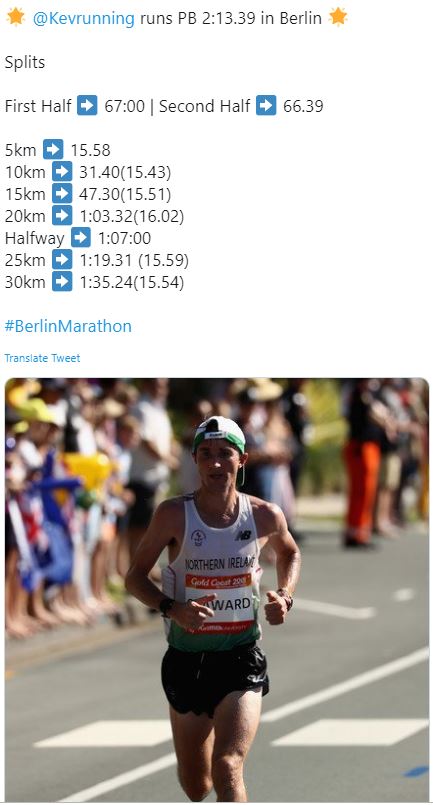 This Irish athlete sets his new personal best just outside the qualifying standard of 2:11:30 for next year’s Olympics in Tokyo, but there’s still an opportunity to make the cut with athletes able to qualify via their world ranking position.