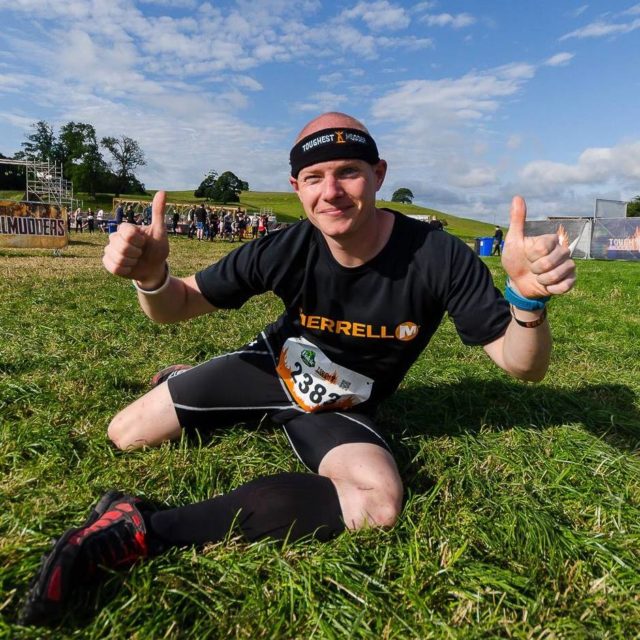 There’s much more to Tough Mudder than crawling under barbed wire, squeezing through dark tunnels and wading through pits of mud.

In fact, if you go deeper down the rabbit hole to find the heart of Tough Mudder, you’ll soon realise that it’s not really about these obstacles at all; it’s about the community itself. The obstacles are little more than a backdrop that the community use to express teamwork and camaraderie, though of course, they make for great photo moments to then immortalise the memories of the experience. When I travelled to Europe’s Toughest Mudder in May of 2017, I expected to come away from the event tired and bruised, and with memories of adrenaline-soaked action-packed moments. Of course, this was the case, but I never expected that all of this would be a hazy memory next to the life-changing experience of meeting the heart of the Tough Mudder community itself.

What it Means to Run a Tough Mudder 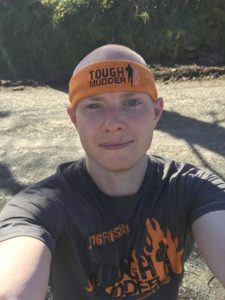 Running in a Tough Mudder means different things to different people. I adore a personal physical and mental challenge, and so for me, it’s mostly about that. Even though Tough Mudder isn’t a race, you’ll always find a handful of folks in every wave that will happily engage in an unspoken and friendly race with you if you want that. I personally love the action, the adrenaline, the drama, and the twists and turns that come with a race, and a ten-mile Tough Mudder event with its varied terrain and grandiose obstacles only amplifies that sensation for me. It’s what gets me up at 5:30 in the morning on the day of the big event.

That isn’t quite what gets the core Tough Mudder community up at 5:30 in the morning though. In fact, it’s usually much earlier than that, like say, a day and a half earlier to give them time to get their three connecting flights, cross the Atlantic, and have a catch up with their sibling community on the other side of the pond before the event. Tough Mudder hasn’t been going strong all this time because of solo racers like me. Tough Mudder is what it is because of these people.

Back to Europe’s Toughest Mudder then. As the event was taking place from midnight until 8:00 in the morning, the community had arranged to meet for pizza the evening before and a buffet breakfast the following morning. I had just come for the race and didn’t care much for what would happen either side of it, and so it was only through my travelling companion that I ended up crossing paths with the community.

It was these meals, especially the morning one, fresh off the back of an event, that I saw the beating heart of Tough Mudder. It was like sitting around a campfire, listening to stories from them. Most of them had been doing Tough Mudders since before I’d even heard of it, and they regularly volunteered before or after the events too. I felt at first that they all knew each other personally, but as the morning went on I realised that some of these people had never crossed paths before. They just knew each other through their common ethos as Mudders.

Everyone chatted away about what drives them, what they’re searching for in life, and what they’ve been through. It all felt so organic too; one minute everyone would be listening to one individual recounting a tale about a past event or life experience, and the next minute several little conversations were happening between people, some engaging deeply with one another, while others were joking and laughing together. I regret not diving in a little more myself than I did, but I was so taken aback by the atmosphere that I just sat there soaking it all in. This was not at all what I was expecting to experience. Even though I’m a different kind of Mudder to those folks, I have to say that I was genuinely moved by the whole experience, and I can see why these people travel to so many events. They all look after each other. They all share a common ethos. They are their own community and a wonderful one at that.

Fast forward then to Tough Mudder Ireland’s 2017 event. I wasn’t able to make the Saturday event, and so I had to get the most out of the single day on Sunday. To that end, I decided I’d do two laps of the course in the morning, followed by a half shift as a volunteer in the afternoon. I had my personal fun out on the course, finding a triathlete in the first wave to race against, all the while swapping training lore and banter back and forth with him. On my second lap then I took my time on most of the obstacles, helping others along the way and offering them tips and tricks where I could. I had run just shy of 20 miles in total, and what a day I was having so far. 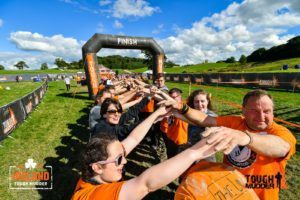 The volunteer shift afterwards then turned out to be even more enjoyable than the two laps. The first part of the shift was spent around the final obstacles, helping the runners through them. As this part of the shift went on, the intensity of the runners’ experiences seemed to be constantly increasing. The runners towards the end had been out there the longest and had probably struggled more than most on some of the obstacles. There were large groups of them as well, and you could see they had ensured each of them got through every obstacle. You could just feel an extra energy from these people; it was powerful stuff. After the final runners crossed the line through a guard of honour we made, it was time to start winding down the event village, and here I saw the marvel of the volunteer community in action.

It felt leaderless, where everybody just naturally formed little groups and then slotted into little tasks here and there. It was like watching a colony of ants coordinating the movement of a hefty leaf, where no ant was in charge and every ant was doing their part. Even when it started to rain a little, everybody stayed in good spirits. We laughed, joked and swapped stories, and it hardly even felt like we were doing any work. Nevertheless, we were soldiering through the work like a team, taking down and disassembling fencing and signage, and storing everything away. It was such a friendly and wholesome experience, and it left me with a great memory of the whole event.

The Tough Mudder community is a truly awesome bunch of enthusiastic, open and honest people, and in the world, we live in today, that’s something to cherish. I hope more people get to experience them as I have.