The event is being organised by WLR FM to raise money for the new SOLAS centre which is currently being built at the Williamstown Roundabout in Waterford city. The existing centre is a temporary rented suburban home with neither the space nor the privacy to cater for the increasing demand for counseling to cancer patients and their families.

The event which will take place on Sunday October 17th this year, raised over €442,000 in the last two years and already there have been numerous requests for entry/sponsorship cards have been received for this year’s run.

Managing Director Des Whelan, said WLR FM was very pleased to be involved again this year “The day is very special with hundreds of people running and walking to support the completion of a new cancer care centre and I really want to thank the lads in WLR FM for working so hard to help make the Run For Life a success also the hurlers and athletes who helped us promote the Run and would encourage everyone to take part”.

Those taking part are asked to fill a sponsorship card – with a target of €250.00.

The ten mile road run will start from The Quay and take the same route as 2009 and finish at the Park. Details on the route and more information on the run is available now on www.wlrfm.com 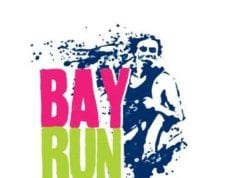