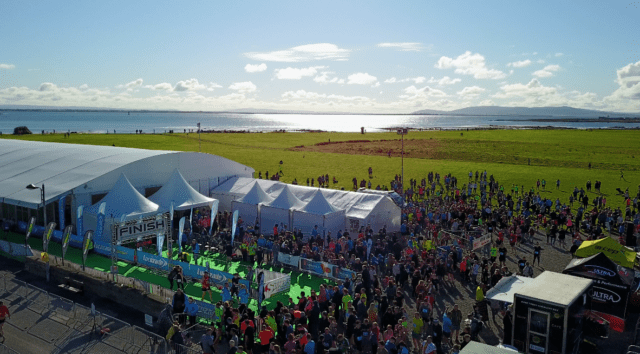 While the sun shone over Galway Bay, the finish line of the annual Run Galway Bay 10k, Half Marathon and Full Marathon was emotional and heartwarming – participants were welcomed by their supporters, each person running, jogging or walking for different reasons.

The city was buzzing for the entire weekend as Run Galway Bay welcomed 5,000 runners, joggers, walkers and spectators from all over the world to the largest multi-distance running event in Galway.

The 10k, Half Marathon and Marathon begin on Nimo’s Pier at the Claddagh and continue on through the heart of Salthill before returning to the electric atmosphere on the finish line in The Claddagh. The course is known for its breath-taking Atlantic views, and for being a hotspot for a personal best time.

First to take on the course as the sun came up at 8:15am were the Irish Cross-Country Skiing Team, returning with two Olympians. Thomas Maloney Westgaard and Jan Rossiter. Maloney was keen to defend his 2017 title however this year was not to be, he came in a close second place, just .05 seconds behind Vinje Vegard from Norway, who finished in 1:57:29. 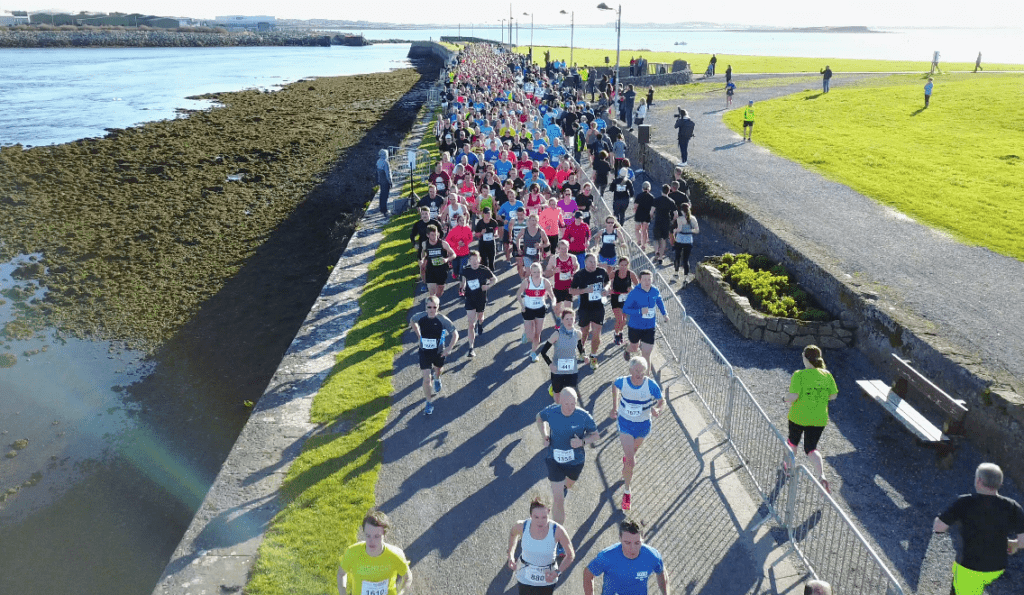 As the early morning chill eased off, the 10k participants enjoyed the fresh, crisp blue skies and sunshine as they lined up for the start at 10:30am. John Travers from Donore Harriers earned the top male spot with a finishing time of 30:27, while Siobhan O’Doherty from Borrisokane was fastest female across the 10k, finishing in 35:50.

Run Galway Bay was honoured to welcome running legend Frank Shorter to Galway as he took part in the 10k with his wife, Michelle. Shorter is the only American to win two Olympic medals at the Marathon distance, having won gold at the 1972 Olympics and silver at the 1976 Olympics. Many runners would say their inspiration to run comes from his success, including Race Director Ray O’Connor who welcomed his idol across the finish line. 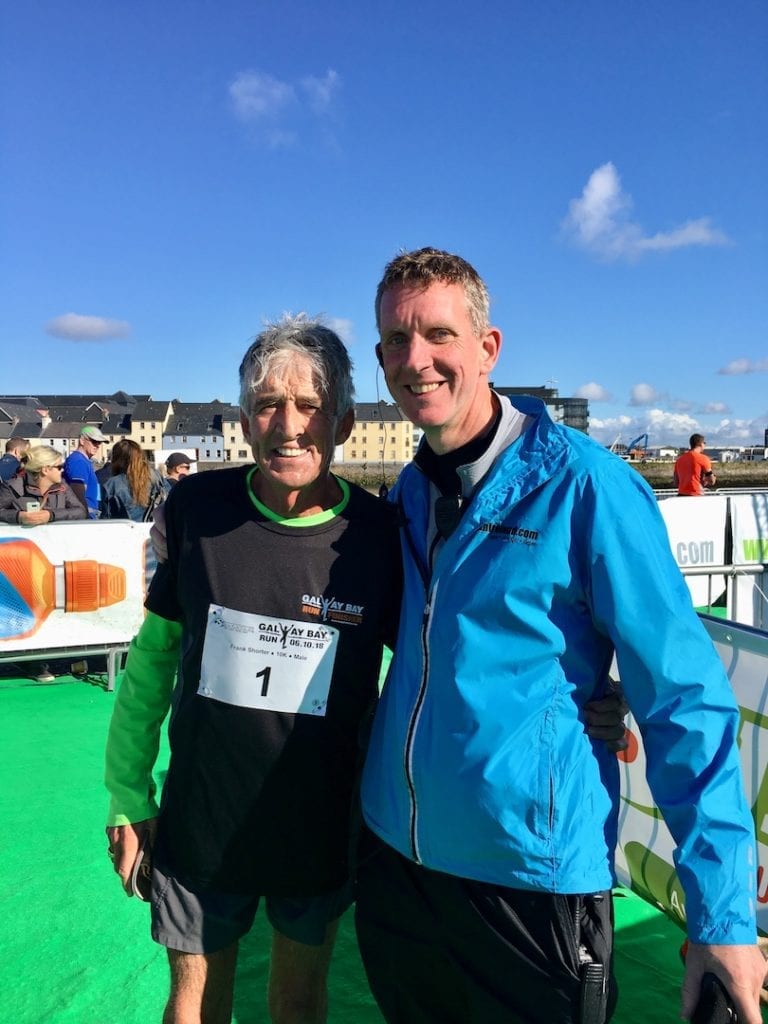 Returning to Run Galway Bay for a second year was a 200 strong team from Eir supporting their charity partners Special Olympics, join the was athlete Aoife Beston and Special Olympics Ireland CEO Matt English.  Many other teams and individuals supported various charitable causes including teams from Act for Meningitis and Jigsaw. Team James joined us on the day raising funds for Barretstown. James Casserly, who has cerebral palsy and juvenile arthritis, was pushed in his chair by his dad and supported by his mum and aunties. Also participating in the event was a team of staff from TG4 including Director General Alan Esslemon.

In the marquee SuperSubs provided hot soup to all finishers, along with a protein roll from Irish Pride. Lucozade Sport was also on board to keep participants hydrated on the course, aiding with normal energy release before, during and after the race. City Chiropractic provided some relief to aching bodies as they rubbed out many a tired runner on the day.

The date of the 2019 event will be released in the coming weeks. For more information on the event log onto www.rungalwaybay.com 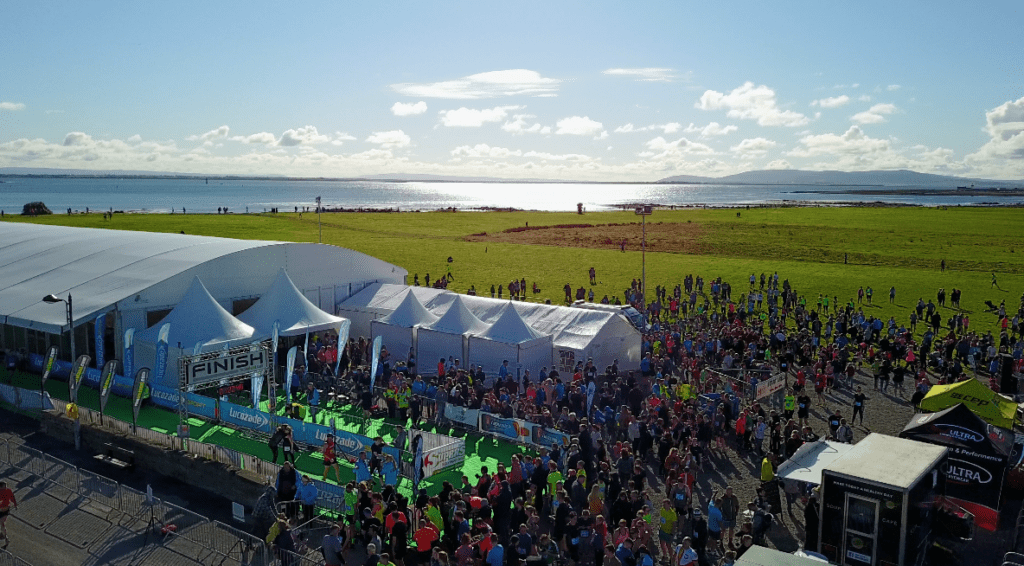 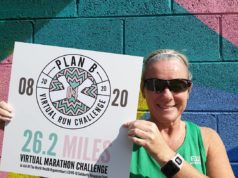 Tara Black on Her Meaningful Plan B Marathon 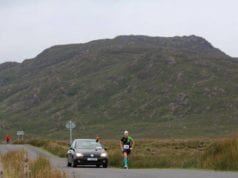