from Peter Delmer Inis “Iron” Meáin is a tough, or tougher if you take in the dunes, 10k(ish) run around the island, which was held on Sunday for the fourth year running. The event is organized in aid of Coláiste Naoimh Eoin, the island’s school. One of our newest Athenry AC members, Sinead Foran, took part again this year and wrote a race report for your reading pleasure.
As you read you may find that Sinead was not the only Athenry AC member to take part …

The Annual ‘Inis Iron Meain’ 10k/11km race is a fundraiser event for the primary school on the island and has been run in mid-November for the last few years; (this is the fourth one). The focus is on fun running and word-of-mouth for entry, although Sonia O’Sullivan has taken part the last two years!

A group of friends and I, including fun runners and some more serious runners alike, arrived at Rossaveal just in time for the boat, which has become the place of meeting and greeting for the ‘Inis Iron Meain’ 10K runners. We got the calm crossing we were hoping for and arrived on Inis Meain with just enough time for the pre-race cupán tae and scones provided by Padraic and Treasa at ‘an Dún’. Then on to the halla for registration, where the atmosphere is completely laid back and fun! It’s definitely the fun factor that brings runners back and back to this event on Inis Meain.

A bit of a warm-up and after a quick pre-race briefing from race co-coordinator Lorcan O’Callarain, there was nothing left to do but go to the start line. Weather conditions were pretty unbelievable for November, very still, mild and even a little warm! We were off! This year, the race was led by David Campbell, who narrowly missed the Olympic qualifying time for the 800m in Beijing this year. The first 2k of the course were fairly manageable, though I was now bemoaning Treasa’s pre-race scones, one small hill and on through the meandering boreens until we came to the fork in the road that divided the road run from the beach run. Having originally signed up for the road run, I changed my mind at the last minute and went for the beach run which has traditionally been the most challenging part of the course. We picked our way up and down the dunes and finally onto the beach, where relief quickly replaced any initial apprehension about this part of the course.…. the tide was out a good respectable distance, the sand was nice and solid and it was, thankfully, not too tough this time – its also the first time I managed to appreciate what an amazing beach it is!

Roughly 2K of beach running later, we were off the beach, back on the boreens and free to enjoy the rest of the charms of this particularly pretty run, complete with islanders carrying bales of hay on pushbikes, residents lining the route at their front doors cheering the runners on. Others provided random and multiple water stops and lots of enthusiastic support.

I had forgotten how tough this 10K is! A lot tougher though I’m sure for the runners pushing buggies! Lots of hills follow, big and small, nothing though compared with the almost vertical hill at 8k, help! This required more hiking than running to be honest and I was seriously glad to get to the top where we were greeted by yet another water stop and more enthusiastic supporters there to see us through the final kilometer. It was pretty much downhill from there, fairly undemanding and straightforward for the rest of it, right to the finish line!

Winners were David Campbell in 1st place and approximately 10 mins ahead of his rival for the men’s (around 36 minutes for a very challenging 11km) and a great run by Athenry AC’s Elaine Walshe coming in 1st place for the women’s race. Elaine was positioned 8th overall, finishing in around 47 minutes. Official times are still to be released.

Back in the halla we were greeted by a fantastic, much appreciated array of refreshments – all kinds of pastas, sponsored by Magnettis, soups and sandwiches and a great variety of desserts – making specific reference here to the great lemon meringue! All compliments of the island residents who as per the other years, made us feel so welcome during our stay on the island. Fancy dress themed ‘the letter P’ followed later and included great outfits such as ‘peas in a pod’, pineapples, a potted plant, playboy bunnies, Papa Smurf and even special guest appearances from Pamela Anderson and Sarah Palin! So the entertainment, as predicted, really did look after itself and partying went on into the early hours.

The ‘Inis Iron Meain’ course doesn’t get any easier but the craic certainly gets better and better!

“In Albi” Diary of a from Rubbish Marathon Runner 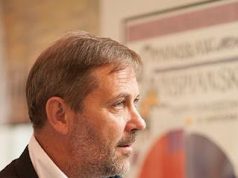 Race Report: MCI Tralee Back to Back Marathons! 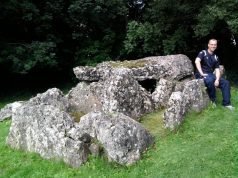 A break rather than a tear.