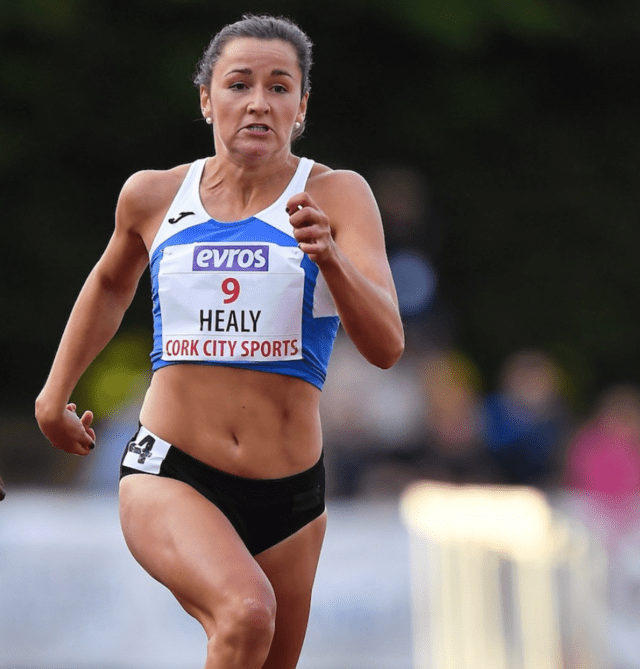 Healy became the first Irish woman to break 23 seconds for the distance and eclipsed Sarah Reilly’s 17-year-old record of 23.02.

The Bandon bullet has been in scintillating form this year setting set a new national 100m record of 11.28 seconds earlier this summer. She will be competing in the 200m at the Irish Life Health nationals next week (July 28/29) to secure her place for the European Athletics Championships in Berlin next month

Marcus Lawler (SLOT) and Thomas Barr (Ferrybank) were also in excellent form over the half lap distance.

The 67th Cork City Sports were an excellent showcase with the Morton Games coming up on Thursday July 19th.