Home News End of an Era for Rob Heffernan 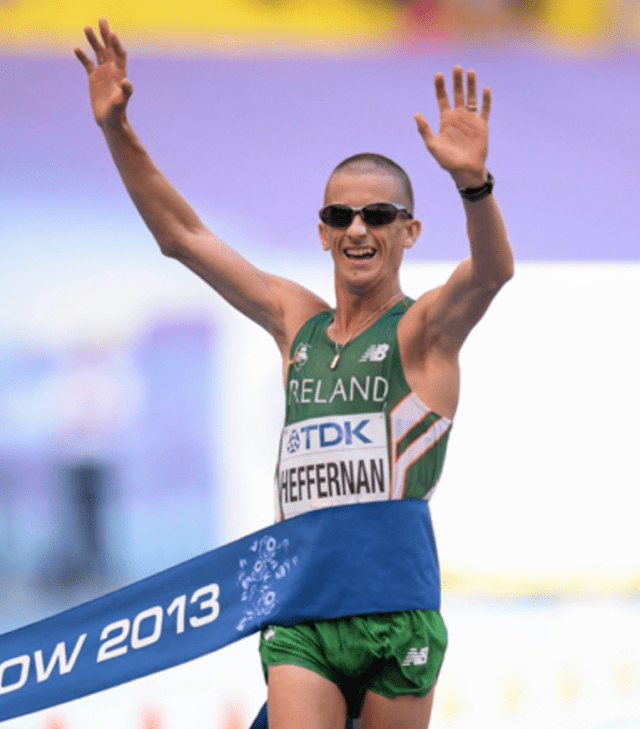 After a highly decorated career, which spanned three decades, Robert Heffernan (Togher A.C) has announced his retirement from race walking.  The Cork man competed in five Olympics, making him one of Ireland’s most decorated athletes, the culmination of which was winning the World 50km Race Walk title in Moscow in 2013.  Heffernan will take up a new position with Bank of Ireland as Retail Banking Ambassador in the Munster Region.

Robert has had a glittering athletics career spanning three decades, winning bronze over 20km at the European Championships in Barcelona in 2010 and Olympic bronze over 50km in London in 2012. His wife Marian also competed in the London Olympics in 2012, making them the only husband and wife team to represent Ireland at the Olympics. 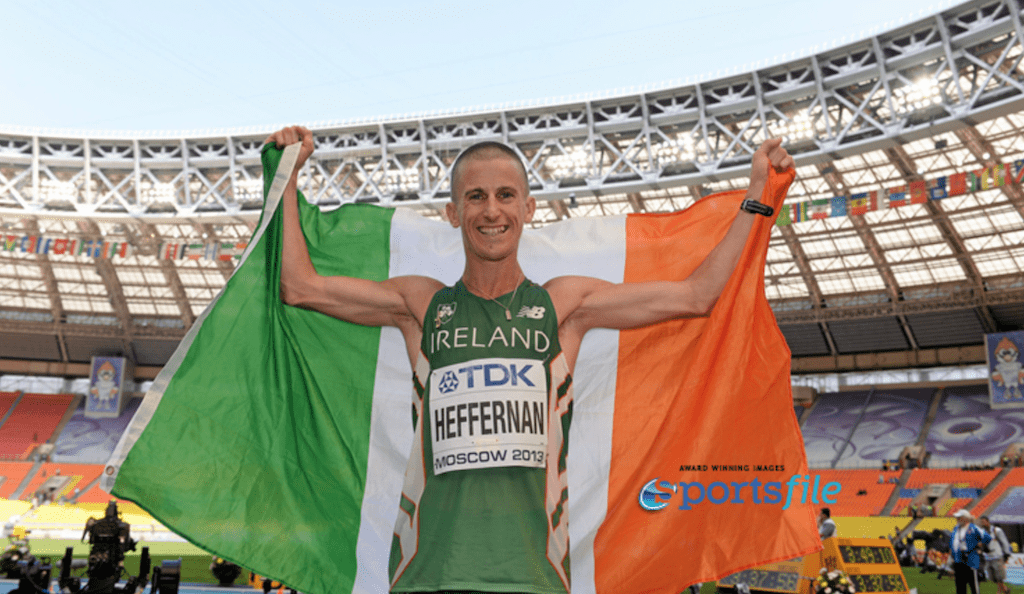 Commenting on Rob’s retirement Hamish Adams, CEO of Athletics Ireland said, “Rob has represented Ireland on the world stage with distinction for over 20 years. Rob has spent his athletic career working hard, getting results and consistently performing under pressure whilst at the same he has given so much back to young and aspiring athletes in this country. Rob’s competitive career may be over, but we are delighted that his professional relationship with Athletics Ireland will endure and we will be announcing details of his new consultancy role with us in the coming weeks.”

Liam Sheedy, Director Bank of Ireland Munster, is excited to have Robert Heffernan on board saying:

“We are delighted to welcome Rob Heffernan to Bank of Ireland Munster as a Community & Youth Ambassador for Cork. Rob’s winning mentality and overall leadership is an excellent fit for Bank of Ireland as we strive to enable our Customers, Colleagues and Communities to thrive. Exciting times ahead and Rob will be a great addition to our Munster Team.”

Robert Heffernan is looking forward to the transition from his elite athletics career and said:

“After a lifetime spent dedicated to elite athletics I am delighted to be making the transition to a second career with Bank of Ireland. Retiring from a professional sporting career can be a struggle for many athletes but I have been working with my management agent Derry McVeigh over the last year to ensure that I make this transition as smooth as possible. I believe the skills I acquired on the track such as teamwork, commitment and leadership will stand me in good stead as I take up my next challenge with Bank of Ireland.”