The Portstewart triathlete had a sensational year which saw her claim victories at Challenge Rimini, Ironman UK 70.3, Embrunman, Ironman Mallorca and Challenge Sardinia, along with a whole host of podium placings. Mullan was also a member of the Northern Irish team at the Commonwealth Games Mixed Team Relay where she helped Team NI to a 6th place finish.

Mullan commented “I’m absolutely delighted to receive this award. I started racing professionally in 2011 and committed to full time training in 2013, so to be voted the athlete of the year is amazing for me. With the extra recovery time I’ve made some great progress this year and I want to make another step forward in 2015.”

Other big winners on the night were Tomasz Gagola and Carolyn Hayes who were presented with their awards as overall winners of the Vodafone National Series.

33 year old Gagola started his triathlon career 18 years ago in Poznan, Poland and is still coached by his father to this day. For the ladies, not many would have tipped Carolyn Hayes for victory as the 26 year old only took up triathlon this year. Her first taste of cycling was in October 2013 but the former competitive swimmer and international water polo player clearly had the pedigree to excel.

The Race of the Year, as voted by the members of Triathlon Ireland went to the Vodafone Dublin City Triathlon for the 3rd year in a row. Organising club Piranha TC and Race Director John Wallnutt clearly impressed the membership, making continual improvements such as a fan zone, live race tracking, custom medals and a fantastic race atmosphere in Dublin’s Phoenix Park.

The Limerick based GoTri Triathlon Club performed a clean sweep of the Club Championships taking the men’s, women’s and mixed title. Cork TC were a close 2nd in the men’s club championships with Belfast based Invictus TC 3rd.

The Junior Athlete of the Year award went to Westport native Con Doherty for the second consecutive year. Doherty represented Ireland at the Junior World Championships in Canada and impressed on the European stage, all while juggling the demands of the Leaving Cert. Doherty is now based in UCD and will be targeting a spot on the team for the European Cross Country Championships as part of his triathlon training.

Doherty joked "As I move into the senior ranks hopefully I’ll be taking the big boy awards sometime soon."

With the junior ranks becoming more and more competitive he added, "I hope that this award goes on to be accepted and fought for by the best young triathletes that we have in this country.

Vodafone Ireland CEO Anne O’Leary, an experienced triathlete, said that the company is delighted to commend all of the nominees on their achievements. “We’re delighted to see such worthy winners receive recognition of their successes and dedication to triathlon. At Vodafone we’re all about wellness particularly at the workplace and our sponsorship of Triathlon Ireland gives our co-workers a real focus to strive for greater wellness working in teams and it really shines through. The training schedule of such committed athletes displayed by the winners awarded tonight should be a benchmark to all of us who compete in triathlon to go that extra mile“

Also speaking at the event, Triathlon Ireland CEO Chris Kitchen said: “It’s been another fantastic year for triathlon in Ireland both from a participation and elite perspective and we’re delighted to report a 14% growth in membership in 2014. Not only do we have great athletes but we also have a highly active club base and some of the best places to race in the world, all helping to make Ireland one of the top Triathlon Nations in the world per capita. A huge congratulations to all the medallists, but also to those unsung heroes behind the scenes, such as the club officers, coaches, Technical Officials and volunteers. Their dedication, energy, passion, knowledge and understanding has helped get triathlon to where it is today.” 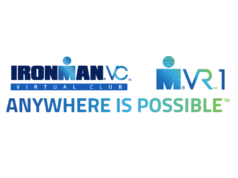 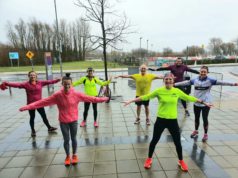