from www.dsdac.com Declan Ryan writes an interesting account of David Gillick’svisit to the juvenile and junior training session in Marlay Park last Saturday.

We had a real treat last Saturday up in Marlay Park, David Gillick came by to say hello to the middle distance Juvenile & Junior group.

David is just finishing a month’s break and was home visiting with friends and family.

David gave us all a pep talk for about 20 mins and talked about everything from his typical training week to the ol’ days in Benildus College. He told athletes that he’d run cross country in Benildus and that Alan McCormick and David were on the same team. He also said he loved cross country because of the team aspect of it, this got a cheer from the current Benildus students in the group.

He discussed the basic idea of following a dream in athletics and not necessarily knowing that you’d get anywhere with it either.

He discussed having the leaving cert done and going on with studies here in Ireland, securing a degree then after that and only after that he decided he’d give full time athletics a go. Even at that he did a masters in Loughborough when he arrived there.

That is the quest he is on now and he told us about the hard road that it sometimes is with disappointments like the worlds earlier this year. He didn’t mention but I will that David Gillick is the first ever 400mt Irish Runner to go sub 45sec, that he is the first Irish Man to make a world final, Irish Record Holder of the 400mt, it goes on but I’ll stop here.

He talk about not building up too much muscle if you’re a distance runner. He discussed the fractions involved in the difference between success and failure. He talked about trying for 800mts with his coaches in Loughborough and how hard it was trying to match over 600mts the times that the worlds best at 800mts were doing.

He talked about being a slight outsider of being Irish in England and not having the access to all the facilities that the English athletes have. “You know, sometimes that can drive you on a bit, and I sort of say to myself that I’m going to try to beat these guys even without all the trimmings that they have”. He also said that he’s been made very welcome in Loughborough and that people like helping you and that if you’re ever abroad studying or training that you should use your Irish charm, as he reckons we all have it and people love it they really want to help you.

He also advised all the athletes not to be too quick to settle on a chosen distance and advised that he didn’t chose until he was 18 and finished school. He said that if you’re serious about athletics then it really starts when you leave second level schooling.

On a lighter note someone noticed that he was wearing an eye iPod Nano and he was asked what was on it, he said, “Well”, he said, “the usual stuff, but the music from River Dance is there along with some other Irish stuff, it really helps when you’re abroad”. At that, someone from the crowd shout, “is eye of the tiger”, on it”, to which Gillick replied, “It is actually”, which got a good laugh from all assembled.

At the end of his pep talk he went around and shook each one of the athletes hands and told them to keep up their training and that they were in safe hands in DSD.

Following our talk from David Gillick last Saturday in Marlay and the previous weeks talk on nutrition, David asked me to point out this on David’s Website. He wants to share with you up and coming athletes in DSD. David asked me to make copies of this recipe and hand it out to you all. This is what he eats after training sessions, along with regular tap water.
Declan Ryan DSDAC. 28/09/10.

Gilly Bars
The infamous ‘gilly bars’ as seen on the YouTube video are the perfect post training snack, but they are addictive so try not to eat them all on one go!!

Method:
* Chop all the ingredients into small pieces.
* Mix all the ingredients together in a large bowl.
* Place in a greased baking tin.
* Bake for 10-15mins @ 180C.
* Take out and leave to cool for about 30mins, then cut to divide it up into bars.
* After that, leave it in the fridge so that the bars harden a bit.
* You can then individually wrap each bar to make it easier to carry with you and there you have your healthy nutritious training snack! 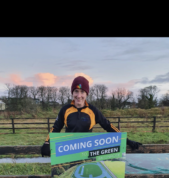 MAYO MUM PLANS TO RUN 100 MILES IN ONE DAY 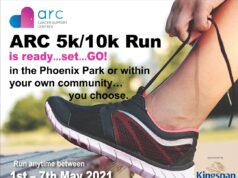 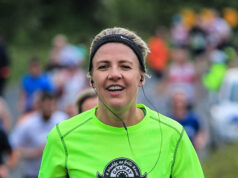