Data obtained from Isokinetic testing is analysed by Chartered Physiotherapists at the clinic to monitor patients’ progress throughout their rehabilitation programmes. The clinic’s high tech exercise equipment is programmed with patient’s data to generate objective rehabilitation programmes targeted to patient’s individual needs. In addition sports athletes can now be screened pre season to detect muscle imbalances within specific muscle groups which are likely to cause recurrent injuries during match seasons.

Used extensively in Germany, Austria, and Switzerland and throughout main land Europe, German football teams Bayern Munich and Vfb Stuttgart Bundesliga are among the many high profile sports clubs to have benefited from the revolutionary technology enabling players to train more objectively and appropriately regarding their injuries. Closer to home, players on Galway’s senior intercounty hurling team are the first Intercounty players in Ireland to have utilised the scientific data provided by this technology in their training regimes.

“This technology is a real breakthrough for surgical rehabilitation and the treatment of sports injuries in Ireland,” says Noel Burke. “Prevention of injury is of paramount importance to the modern sports player. The availability of objective scientific data highlighting underlying weaknesses in a player’s physique is a significant advantage.”

The increased intensity and pace of modern team sports game has placed additional demands on players musculoskeletal systems which, according to Burke, necessitates the need for athletes to be given specific training programmes targeting their individual needs.

“With intercounty players training up to four and more times a week during championship season, recovery times from injuries are shorter and muscle groups have to be stronger in both their concentric and eccentric contractions for the duration of the match. A major advantage is having players fully fit during championship period. This can only be achieved if players undertake evidence based specific muscle strengthening programmes for their individual muscle imbalances.”

In addition to treating sports players, Rinn Mhor Physiotherapy and Rehabilitation Clinic also treats patients recovering from neuro surgery such as disc operations or knee operations such as Anterior Cruciate Ligament reconstruction. Patients can work post operatively in a standardised and pain free setting, and with the help of the bio feedback they can re train deficient muscle groups effectively.

“The bio feedback provided to patients recovering from these procedures helps them to see the progress they are making and this greatly facilitates their self esteem, motivation and ultimately, their recovery,” concludes Burke.

Rinn Mhór Physiotherapy and Rehabilitation Clinic is a purpose built clinic located in Renmore, Galway. The clinic offers individual computer based rehabilitation programmes based on isokinetic testing specifically at all the major muscle groups including the Cervical and Lumbar spine and other peripheral muscle groups such as the hamstrings and quadriceps. It also offers spinal and abdominal Isokinetic tests and Aerobic and Anaerobic analysis including VO2 max analysis and lactate screening. There is an on site mobile cryotherapy unit for the treatment of soft tissue injuries.

Unique to the west of Ireland, this facility is now available to patients for medical rehabilitation post operatively in addition to sports training and rehabilitation.

A Chartered Physiotherapist, Galway native Noel Burke has a Joint Hons B. Sc degree in Physical Education and Chemistry from the University of Wales, Bangor and a B. Sc Hons from Queen Margaret University in Edinburgh. Since, graduating Noel has worked in the UK, US and Jordan before returning to Europe to take up a position in Stuttgart.

While working in Germany Noel also worked with the Stuttgart Kickers football team- home club of Jurgen Klinsmann and former Bundestrainer to the National team.

In Germany, Noel was introduced to the concept of Ambulant Rehabilitation where patients exercise to treat their specific muscle imbalances as detected by isokinetic testing.

He returned to Ireland in 2001 with the goal of opening a purpose built physiotherapy and rehabilitation centre. 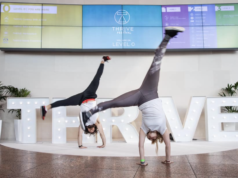 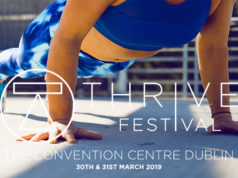 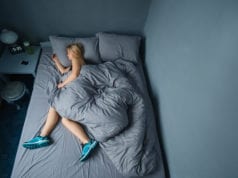 Which is more important – Sleep or Exercise?